Channing, Texas was founded in 1888 by a paymaster for the Fort Worth and Denver City Railroad named George Channing Rivers. The XIT Ranch, which received its 3,000,000 acres as payment for building the Texas State Capitol in Austin, moved its headquarters to Channing in 1890 where it remained until the XIT Ranch dissolved in 1911.

Channing, Texas was founded in 1888 by a paymaster for the Fort Worth and Denver City Railroad named George Channing Rivers.

Originally the town of Channing, Texas was named Rivers but another Texas town had already established a post office with that name. The XIT Ranch, which once encompassed land in 10 Texas counties, moved its headquarters to Channing in 1891 and was responsible for much of the town's early success as it did most of its business there until 1912 when the ranch liquidated.

The elections to move the county seat were held at the request of The XIT Ranch. The first election was held in 1896 and the second took place in 1903. There was strong opposition to this change in Hartley so 2 deputies were called upon to monitor the actual moving of the courthouse.

The wood frame courthouse was pulled from Hartley to Channing by mounted XIT cowboys. When a brick courthouse replaced the wood frame one in 1906 it was converted into a hotel. That hotel would be known as the Hotel Rivers and was it was highly regarded for being nonjudgemental.

When it comes to Texas history and ranches, The XIT Ranch is one of the most historically significant.

The XIT Ranch was composed of 3,000,000 acres of land in the Texas panhandle that was payment for construction of the Texas State Capitol in Austin in 1882.

Those 3 million acres of land were spread across 10 Texas counties, Dallam, Hartley, Oldham, Deaf Smith, Parmer, Castro, Bailey, Lamb, Cochran, and Hockley, and shared a  border with the state of New Mexico.

This led to a border dispute that wouldn't be settled until a joint resolution of Congress was passed in 1911 that honored the Clark line as the real border. This act of Congress saved Texas a strip of land a half mile wide that is 310 miles long.

Did you know that Texas had another border dispute with New Mexico that was caused because the Rio Grande shifted its channel?

The XIT Ranch was once the largest fenced ranch in the world with 1,500 miles of fence in place by the late 1890s. The size of the herd on The XIT was typically maintained between 125,000 and 150,000 head of cattle, which is about 20 acres per head in farm terms.

By 1900 The XIT Ranch also had 335 windmills, 100 earthen dams and it was operated by separate divisions that oversaw various aspects of the ranch's operations. In fact, in its peak the ranch operated 8 divisions each with their own headquarters. Every division has it's own residences, cellars, bunkhouses, store rooms, barns, corrals, and two-wagon freight outfits. In the winter months a division was typically staffed with 10-12 cowboys and in the summer months that number would increase to 25-30. Pay was typically $25-30 a month for the cowboys.

It's said that XIT was chosen for the brand because the same iron could imprint the brand with 5 applications of the same straight bar.

There were rules, 23 to be exact, and of the 23 Rules of the Ranch these are the most notable and well-known:

Despite the strict rules, The XIT Ranch was known as a great place for outlaws to meetup while on the lam.

The XIT Ranch lasted for 27 years.

Because The XIT Ranch required a lot of money to get up and running, the Capitol Freehold Land and Investment Company, Limited was formed and bonds that would pay 5% interest were sold in London. This allowed miles of fencing to be put up along with necessary improvements to the land and the various structures needed to effectively ranch 3,000,000 acres.

Unfortunately, The XIT Ranch operated without making a profit for most of its existence and the original goal of the Capitol Freehold Land and Investment Company, Limited was to colonize the land. Ranching was only a means to keep the land in use and generating revenue until farmers would arrive. By 1901 land began to be sold off in order to raise the money needed to repay the bonds that creditors had started to redeem. The XIT Ranch was dissolved in 1911 and by 1912 the last of The XIT's cattle had been sold.

A fire destroyed most of Channing's business district in 1931, including the Hotel Rivers which was the old wood frame courthouse that was moved from Hartley, and without The XIT Ranch there wasn't much need to rebuild.

In the 1940s all that was left in Channing were a few businesses, 3 churches and a school. Newfound mobility created by improved highways and automobiles made it easy for the neighboring towns of Dalhart and Amarillo to siphon off most of what was left of Channing's population.

Today it's believed that Channing, estimated population of 350, is amongst the smallest incorporated towns in Texas with its own independent school district. The Channing Independent School District consists of one building, an old high school, that houses all levels of education. The 1906 courthouse remains, along with the old XIT Ranch headquarters which is now a museum.

Channing, Texas is the count seat of Hartley County, Texas and was founded in 1888 by a paymaster for the Fort Worth and Denver City Railroad named George Channing Rivers. The XIT Ranch, which received its 3,000,000 acres as payment for building the Texas State Capitol in Austin, moved its headquarters to Channing in 1890 where it remained until the XIT Ranch dissolved in 1911. A fire destroyed most of Channing's business district in 1931 and without The XIT Ranch there wasn't much need to rebuild.

Take a look at the full photo gallery for Channing, Texas.

Please buy a print or a print package to say thanks.

You can always sponsor a roll of film or a day trip if buying prints isn't really your thing.

Further, you can provide more support by using one of these affiliate links for your next purchase: 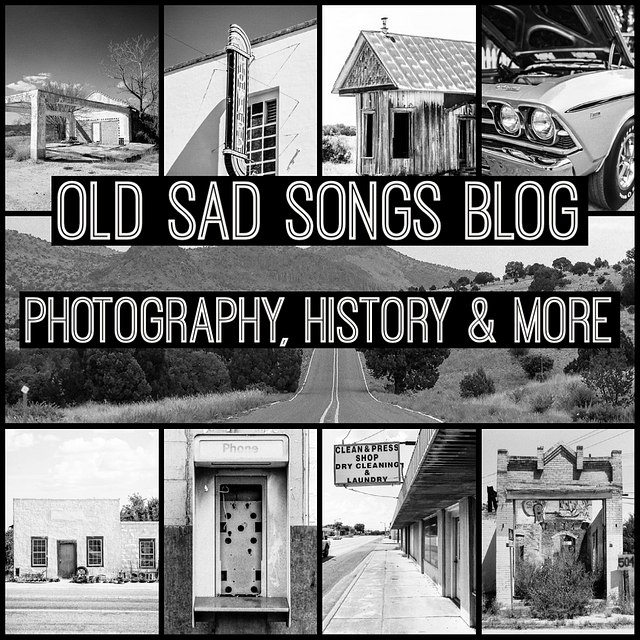